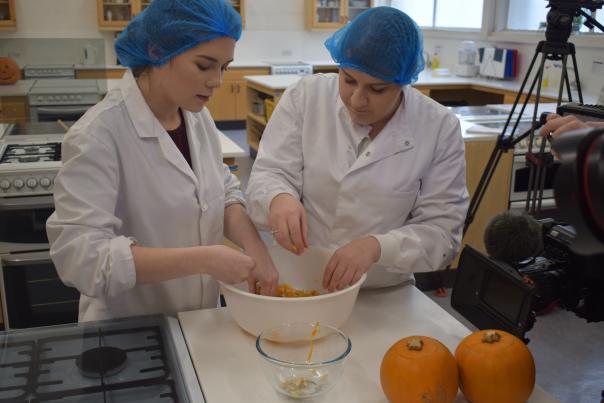 Academics at Abertay University in Dundee are tackling Halloween food waste by releasing a pumpkin ice cream recipe that uses the pulp seeds.

Every Halloween people in the UK throw away eight million pumpkins according to the #PumpkinRescue campaign. It is estimated that 60% of the public throw away their pumpkin after they have carved it.

It is hoped that consumers or caterers will create their own zero-waste pumpkin ice cream which has around 40% less sugar than regular ice cream.

Lecturer Dr Jon Wilkin, said: “This type of food innovation is an important strand of our research at Abertay, where we have a strong focus on finding novel ways to repurpose and reuse waste items.

“We’ve used every edible part of the pumpkin to create this ice cream, including the seeds, which we’ve roasted and used as a chopped nut substitute. While this is perhaps more on the unusual side there are plenty of ways to make the most out of your Halloween pumpkin, for example soup or risotto.

“We’re looking to highlight that there are simple and sometimes creative ways to reduce food waste in general.”