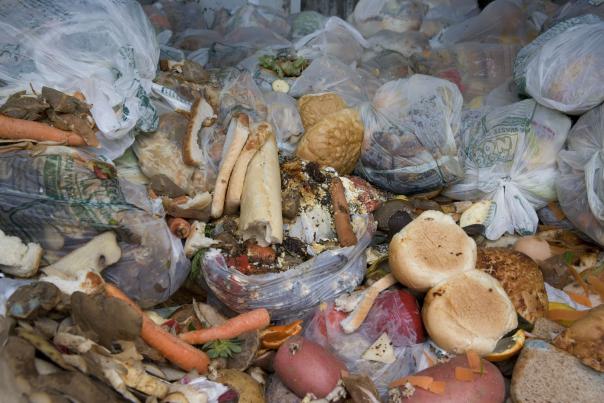 September marked the stepping up of a campaign called Guardians of Grub that aims to get caterers to cut down on the amount of food waste they generate, writes David Foad.

In particular, school caterers are being urged to support a this ongoing campaign by the Waste Resources Action Plan (WRAP) to play a part in reducing the estimated £2.9bn worth of food that gets thrown away every year.

Under the slogan ‘Guardians of Grub’, catering operators are asked to measure, record and report their wasted food.

By accessing the Guardians of Grub website (www.wrap.org.uk/content/guardians-grub-crusade-beat-food-waste) you can see the ‘Helping You Rise Up Against Food Waste’ presentation that has been designed to engage and recruit caterers across industry to the cause of reducing waste.

The stark figures behind the need for the campaign are chilling enough – for every two tonnes of food we eat another tonne is wasted.

In fact, if food waste were a country, it would be the third largest emitter of greenhouse gas after China and the United States.

Closer to home, the UK’s catering and hospitality sector is estimated by WRAP to throw away 1m tones of food every year, with 75% of that thought to be avoidable.

In other words, there is a huge opportunity to reduce the amount of food thrown away or to make better use of it.

To put a price on this – the UK foodservice industry spends £2.9bn a year on food that it then throws away.

A typical example that highlights the extent of the food waste problem can be seen in the journey of 100 potatoes from the field to the plate.

Two are lost due to damage in the field, a further nine are lost in the grading process, three more go during storage, 17 become inedible during packing and transportation and it is estimated nine are lost in the kitchen itself due to spoilage. The equivalent of 20 then go during preparation and 15 more are just left on the plate after serving.

That leaves just 25 in every 100 potatoes grown actually being consumed in the foodservice sector.

When WRAP put its figures to greater scrutiny to find the biggest culprits, it turns out that restaurants generate £0.97p of avoidable waste per customer on average, by far the largest share per head. In other words, it is counting as waste food that could have been eaten.

Hospitals and the education sectors, by comparison, registered just £0.22p. But that still means a school serving 1,000 pupils a week, for example, is throwing away £11,440 a year this way on budgets that are a lot tighter than most restaurants.

That is why public sector caterers are being encouraged to sign up. By accessing the Guardians of Grub website you will get a campaign toolkit and food waste reduction resources.

This will help you to educate your teams, review purchasing and ordering and focus on how less food can be wasted by looking carefully at three areas: spoilage, preparation, and the plate.

In particular the food tracking calculator will quickly identify the biggest areas of food waste that happen in your school.

Visit the Guardians of Grub website for more information: www.guardiansofgrub.com.