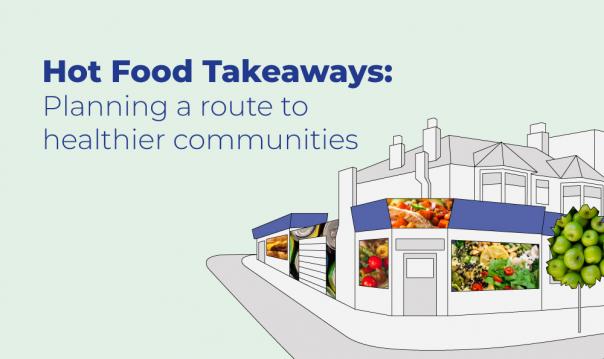 The next government is being urged by Sustain to step in to help curb childhood obesity as fast food giants McDonalds and KFC are ‘eyeing up’ 800 new UK sites.

The charity has warned that local planning policies to combat obesity are ‘already under attack’ and that existing policies still don’t go far enough.

The report, Hot Food Takeaways, recommends that the next government explores options such as restricting sales of unhealthy food to children on the school run.

It also calls on the next Government to require planning policies to restrict new hot food takeaways near schools, following evidence from some local authorities that even the limited powers they have are being eroded.

Sustain’s analysis found that McDonalds and KFC are allocating millions of pounds on expansion plans, in contrast to government ambitions to halve child obesity by 2030.

With approximately 70,000 takeaways across Britain, and hot food takeaways tending to provide more unhealthy food, the authors argue that planning tools alone can only go so far and that the next government must look into more radical options to improve the healthiness of what is on offer if it is serious about tackling child obesity.

Ben Reynolds, deputy chief executive of Sustain who produced the report said: “Planning policies to restrict new hot food takeaways near schools are one of the few concrete ways Local Authorities have to stop their areas becoming even more saturated with unhealthy food. Yet even these tools are coming under attack, with local authorities lacking capacity to provide adequate evidence to stand up to the resources of multinational chains. Unlike government’s aims to halve child obesity - it’s almost as if these businesses want to double child obesity by 2030.”

“We recommend that the next Government gives local authorities more powers to decide what happens in their localities. Current planning policies only focus on new takeaways near schools. If we are serious about tackling child obesity, we should also be looking at existing takeaways and other outlets selling unhealthy food to kids around school hours.”

@LACA_UK
RT @PSCMagazine: We should be in full swing of the @LACA_UK LACA Main Event right now but sadly we can't all be together this year - we hop…

@LACA_UK
RT @Harfield1: This week we should at been at @LACA_UK The Main Event. Here is a message from Beverley, Jason and Kate. Please get in touc…
See all