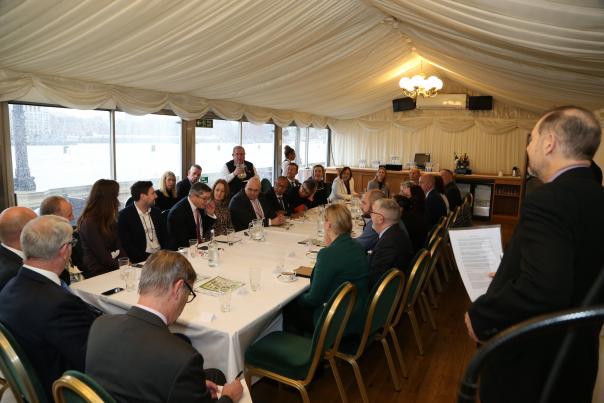 A proposal to encourage caterers across the public sector to promote plant-based dishes once a week has won initial support from public sector catering chiefs.

At a round table debate at the House of Commons leaders gave the go-ahead to the idea and are expected to collaborate early in the new year on how best to promote and roll out the initiative.

The suggestion was part of a discussion on December 10th organised by Public Sector Catering, which drew together the 2019 Top 20 ‘most influential’ people in the industry.

They felt that the public sector should be taking a lead on an action that would have both environmental and health benefits – in line with public sentiment and Government policy.

Stephen Forster, chair of LACA, and Matthew White chair of TUCO said that a number of schools and universities were already doing something similar.

Craig Smith, chair of the HCA, and Sue Cawthray, new chair of the NACC, both backed the initiative, but with the caveat that the dietary needs of patients and care home residents would take priority if they clashed with such an initiative.

Clive Dunlop for the armed forces told the meeting that plant-based choices were already on menus at military bases, which personnel were free to choose.