Schools should have one meat-free day a week, says Soil Association 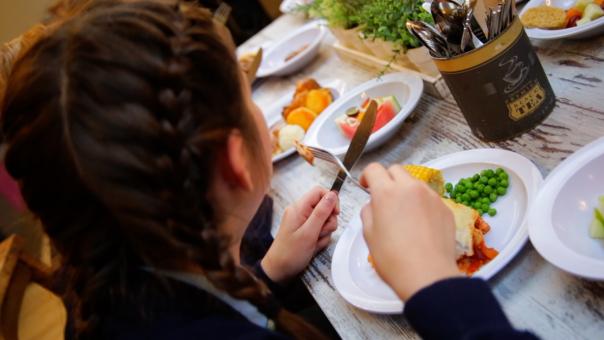 All state schools in England should offer pupils a compulsory plant-based menu one day a week, the social association has recommended.

Reported in The Guardian, the association is urging the Department for Education (DfE) to replace a non-mandatory recommendation for a weekly meat-free day with a statutory menu once a week offering only plant-based proteins and foods in an aim to make school meals more environmentally friendly and reflect changing dietary advice.

The relatively few schools that already offer a meat-free day are often serving up less healthy lunches such as cheese-laden pizza, the association says, underlining the need for kitchens to be given support to provide more imaginative, healthier meals.

“We know that children would benefit nutritionally from eating more beans, pulses, and plant-based proteins. The climate would also benefit – we should all be eating less and better meat. Some schools are showing that its possible to serve children healthy plant-based meals, alongside higher welfare meat. It’s time the government caught up – the updated school food standards should require that schools serve a plant-based protein day each week.”

With increasing numbers of pupils now striking over climate change, the SA is highlighting food and diet as an issue of growing importance to young people.

The current standards were introduced in 2015, replacing the original nutritional regulations launched in 2008. Adherence is mandatory for all state-funded schools, except for academies established between 2010 and 2014. The DfE has convened an expert panel to review the school food standards update, which includes representatives from Public Health England.

A DfE spokesperson said: “Our school food standards ensure that school meals are healthy and nutritious. They do not require meat to be served every day, and schools have the freedom to introduce a meat-free day each week.”