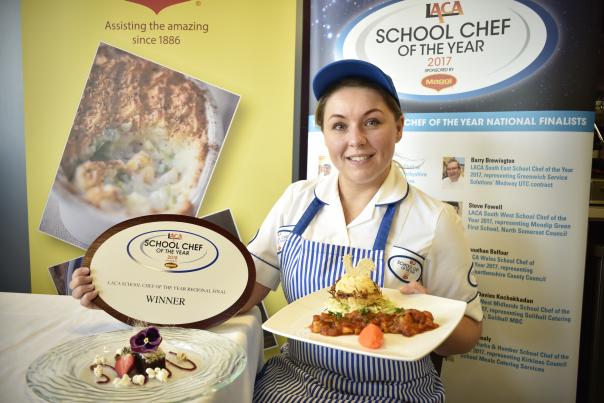 The line-up for this year’s LACA School Chef of the Year (SCOTY) competition is now complete after the North West crowned Justyna Rutkowska from Birchwood CofE Primary School its regional champ.

The cluck cluck stew incorporated chicken in a rich tomato and tarragon sauce, along with tatties and neeps nest, and creamed carrots.

Her dessert was made up of a chocolate and coconut brownie with crunchy Cheerio topping and raspberry coulis.

Rutkowska now progresses to the SCOTY 2018 final, sponsored by Maggi from Nestlé, which takes place on 8 March at Stratford Upon Avon College.