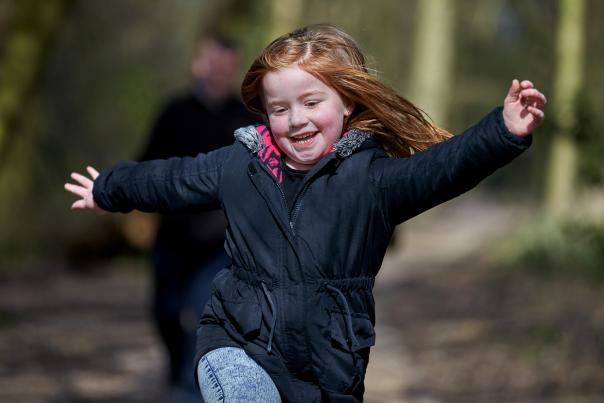 Taking action into its own hands, Wakefield city is following the success of its three-year, Three Area Project (TAP), which launched in 2010 to tackle on-going childhood obesity.

With a one-off £2.5 million investment from the council and NHS, Wakefield set out to transform three local communities to help ‘encourage healthier lifestyles and reduce obesity rates.’

As part of this, Greenhill Primary School was one particular focus. Encouraging children to get their recommended levels of physical activity, its surrounding banks were turned into an outdoor adventure programme fully-equipped with a fitness trail and climbing ropes.

It also now has an on-site orchard where pupils grow their own, fresh produce, and a beehive for homemade honey - both used by school chefs to create healthy lunches.

“The children love playing out and running around. The school meals are better - and because the kids are growing the vegetables, they are more likely to eat them.

“We have become a truly healthy school.”

Other projects implemented by TAP include:

That said, the programme hasn’t been without problems.

While it has indeed made progress in decreasing obesity levels – the proportion of people doing moderate levels of activity has risen by more than a fifth – to secure the funding, the local child weight management programme was ‘scrapped.’

The idea being that organisers wanted to “prevent obesity rather than treat it.”

Liz Blenkinsop, council health improvement service manager overseeing the project, explained: “By working with three (Wakefield) neighbourhoods that had the worst problems, we felt we could find out what could really work to help stop obesity in the first place.”

Despite TAP having stopped in 2013 and with ‘no money available to repeat it across the region,’ the district has taken action into its own hands.

The number of activators has increased from three to six, with the team working with 48 primary schools across the area, “training lunchtime supervisors to encourage active play, host cookery courses for parents and put on alternative sports clubs.”

Organised walks and community-led health programmes have also launched – free of charge – to keep up the council’s ‘good work.’

Public Health England (PHE) is now carrying out its own research into how Wakefield has achieved its reduce obesity rates.